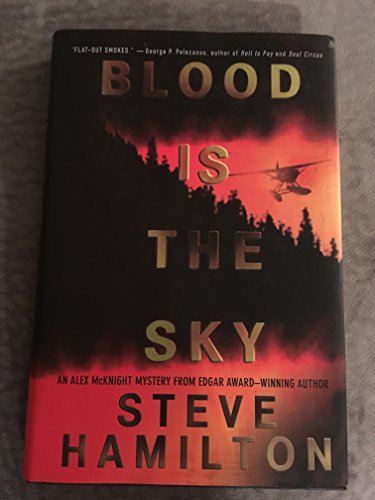 BLOOD IS THE SKY

Edgar winner Hamilton's engrossing novel of revenge, the fifth in his Alex McKnight series (after 2002's ), alternates between well-paced action fraught with danger and Alex's slow, meticulous inquiries. A former Detroit cop sidelined by a bullet, Alex is living quietly in Michigan's remote Upper Peninsula when he agrees to help an Ojibway friend, Vinnie Red Sky LeBlanc. Vinnie's searching for his black sheep brother, Tom, who hasn't returned from a job guiding a hunting party of wealthy Detroit men in the Canadian wilderness. The staff of an isolated lodge on an island-dotted lake arouses Alex and Vinnie's suspicions with their unsatisfactory explanations about the hunting party's trip. Then the anxious wives report their husbands are missing to the Ontario Provincial Police, leading Alex and Vinnie deeper into an investigation that eventually points to a crime in Detroit in 1985. The fate of Tom's hunting party becomes apparent early on, as the reader gets drawn into a complex series of inexplicable, and highly improbable, coincidences. Nonetheless, Hamilton develops his plot carefully. A fine writer, he excels at describing the lonely locale as well as depicting such memorable characters as tough-minded cop Natalie Reynaud and Maskwa, a 70-year-old Cree still flying his clapped-out plane around the Canadian skies.