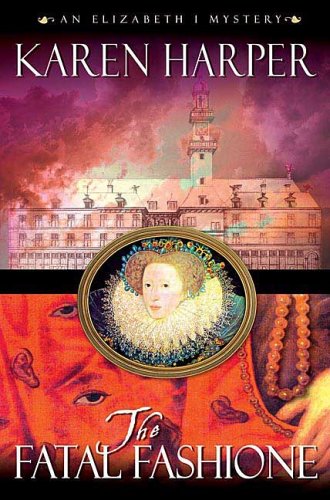 The Fatal Fashione: An Elizabeth I Mystery

Shortly after Elizabeth I addresses a deputation from Parliament to end once and for all the issue of a royal marriage in Harper's entertaining eighth historical (after 2005's ), the queen's herb mistress reports the discovery of the body of her majesty's favorite starcher—in a vat of starch. (The fashion for large, stiff ruffs has made starch a precious commodity.) When the daughter of the queen's financial adviser is reported missing and later found in shock, Elizabeth goes undercover into the streets of London to seek answers. As the number of murder victims grows along with the list of suspects, Elizabeth has to wonder if she herself will become the killer's next target. As ever, Harper skillfully interweaves fact and fiction, presenting a heroine who is as intelligent and gutsy a crime solver as she was a real-life monarch. Readers will never again look at pictures of the Virgin Queen in her elaborate ruffs in quite the same way.