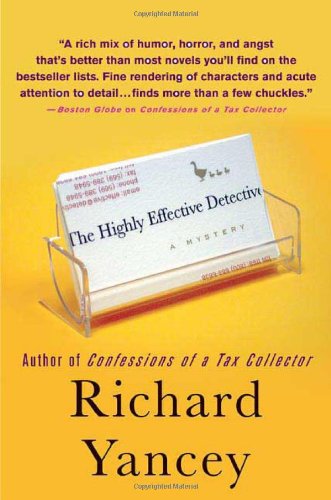 Would-be detective Theodore "Teddy" Ruzak gets his PI career off to a spectacular start in this highly entertaining novel from Yancey ( ), the first in a new mystery series. Following the death of his mother, Ruzak fulfills a long-held dream of setting up a private detective agency in his hometown, Knoxville, Tenn. He soon gets his first case—who drove the mysterious black SUV that mowed down a row of baby geese crossing the street? As Ruzak sets out in his own remarkably indirect way to uncover the culprit, he slowly discovers he may have landed way over his head. Ruzak, reminiscent at first of both 's Ignatius J. Reilly and of Columbo, fast becomes his own uniquely realized character. After starting as an especially well-drawn out shaggy dog story, the narrative takes unforeseen, utterly believable twists that wind to an extremely satisfying close. By turns touching, suspenseful and hilarious, this is sure to be one of the most well regarded—and enjoyed—mystery debuts of the year.