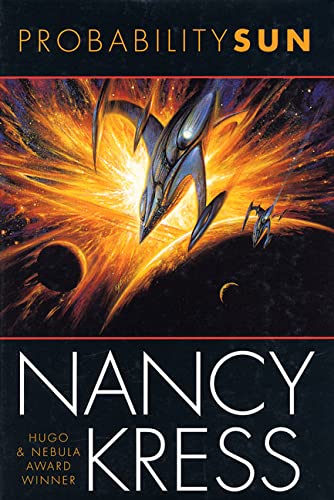 Human beings (aka Terrans) have a brighter future in this fairly standard space adventure than they did in Kress's (2000), which introduced the enemy Fallers, friendly Worlders and space tunnels left behind by a long-lost alien race. In the previous book, Worlders pushed humans off their planet because they didn't "share reality." Now the Terrans come back to try to retrieve the Worlders' "artifact," a machine that generates a probability field and holds the key to human survival in the fight against the Fallers. The action moves from colonies on the moon and Mars, to a military space ship, the , to World, a planet at a great distance from Earth that's inhabited by a harmonious alien race of total empaths. The author grounds her morally complex plot in the physics of probability. As usual with Kress, her eccentric characters add depth. Major Lyle Kaufman, a military leader who dislikes leadership; Tom Capelo, a brilliant, antisocial physicist still grieving for a dead wife; and Ann Sikorski, a xenobiologist who questions their right to take the artifact, all struggle with their roles. In addition, female Worlder Enli must work with humans and with her own kind to create a compromise. Readers will start this novel because of Kress's reputation, will read it for the adventure and will like it for the characters and the science.