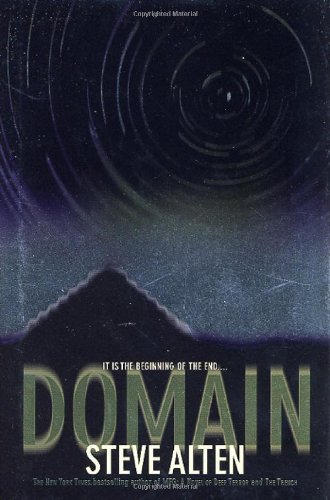 The author of Meg taps Mayan mythology and Old Testament lore in his sci-fi/fantasy take on the age-old battle of good and evil. Archeologist Julius Gabriel is ridiculed when his research shows that ancient wonders like the pyramids, Stonehenge and Angkor Wat were built with extraterrestrial help to play a role in an Earth-based Alien Armageddon on Dec. 21, 2012, the winter equinox. When Julius dies of a heart attack, his son, Mick, attacks Gabriel's main tormentor and former partner, Pierre Borgia, now the U.S. secretary of state, and Borgia has him thrown illegally into a Florida insane asylum. Dominique Vazquez, a part-Mayan psychiatric intern, is assigned Mick's case, but the plan to control him backfires when she reads Julius's journal and joins forces with Mick. She helps him escape, and they rush to the Gulf of Mexico off the Yucatan Peninsula, where evidence supports Mick's claims. As evil alien interference in human affairs triggers disaster, Mick learns he was born to lead the opposing alien forces for good in an apocalyptic battle. Alten's imaginative roles for the pyramids and Peru's Nazca peoples are the perfect springboard for what is set up to be a continuing series grappling with sweeping, Star Wars-like themes. Characters are worthy of the best role-playing games; sorcery aces technology every time; and Alten draws clever parallels with Mayan myths in this ripping space-age yarn equipped with a credible love story and strong Earth-bound side plots. (Feb.) Forecast: Meg had its fans--the novel was a minor bestseller--but not enough to keep sales of Alten's second novel, The Trench, from dipping precipitously (it's notable that Forge makes no mention of that novel in its publicity for Domain). This title is bound to do less well in hardcover than in its eventual mass market edition, which can excerpt any positive reviews.
close
Details