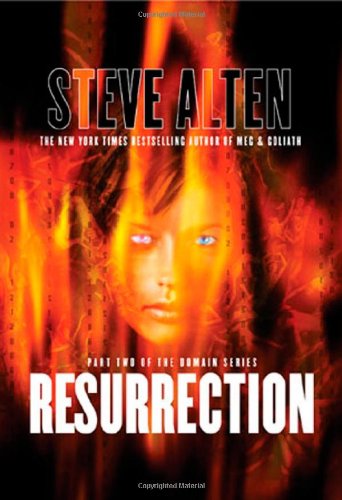 Bestseller Alten's sequel to (2001), based on the Mayan Popul Vul myth, charges bravely out of the gate, but quickly loses momentum. Centuries ago, Mayan legend predicted the death of hero Michael Gabriel, who would sacrifice himself to save Earth from alien invasion in 2012—and the birth of Gabriel's superhuman sons, the Hero Twins, who would descend to the Mayan underworld Xibalba, to fight evil and resurrect their father from cosmic darkness. Born in 2013, Gabriel's sons, precocious Jacob and less enthusiastic Manny, grow up in seclusion, protected by their mother and the U.S. government. Within minutes of the twins' birth, a third extraordinary child predicted by prophecy, Lilith Eve Robinson, is born nearby. Raised in horrible circumstances, the girl later suffers unending sexual abuse by her Fundamentalist foster father. Ultimately, Lilith will face Jacob and his mother in an alien world where the winner will claim all the souls on Earth. Though the relatively unknown mythology intrigues, the story stalls early under the weight of one-dimensional characters and a plot choked by the moral certainty of the Left Behind series and paranormal "science" on the level of that in Von Daniken's . (Alten confuses electromagnetic arrays with electromagnetic pulses, misdefines volcano calderas, etc.) Still, with its apocalyptic scenario and emphasis on the afterlife, this novel will attract the same kinds of readers who've made LaHaye and Jenkins's books a success.