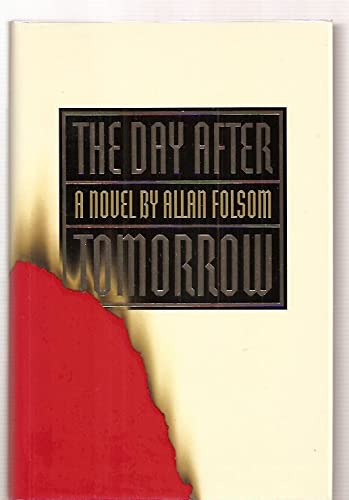 The Day After Tomorrow

Touted as a blockbuster, this assured debut thriller delivers in full--and then some. A young American doctor haunted by his father's murder stumbles into a chilling international conspiracy and crosses paths with, among others, a weary L.A. cop investigating a series of surgically precise decapitations, a naive physical therapist and a hypercompetent German assassin. Dr. Paul Osborn, visiting Paris, recognizes the man whom he witnessed stab his father on a Boston street in 1966. Determined to learn the reason for his father's unsolved death and take revenge, Osborn hatches a plan that unexpectedly leads to the gruesome execution of a hired PI and to other killings. Clearly some serious powers are involved. Soon Osborn, aided by Vera Monneray, a Paris medical student, is hiding out from Paris police, Interpol and the L.A. cop who has been summoned to Paris. Meanwhile, Joanna Marsh accompanies Elton Lybarger, a Swiss national whom she has helped recover from a stroke in a posh New Mexico sanatorium, back to Zurich, where he is greeted rapturously by high-ranking German business leaders. As an extensive Nazi resurgence plot emerges, Folsom adds extra flashes--Joanna in a drug-induced sex marathon, a massive train wreck, Vera's other affair with a very important French leader--to heighten the suspense on these rapidly turning pages. A huge explosion in secret chambers under the streets of Berlin sends Osborn on a final chase through Europe and up into the Alps, where the high-tech hopes of an earlier generation are finally exposed. This is a one-sitting novel and readers will have to choose: a full, sun-burning day at the beach or, for those who can't wait, a springtime all-nighter. 300,000 first printing; BOMC selection; movie rights to MGM and the Zanuck Co. (Apr.)
close
Details