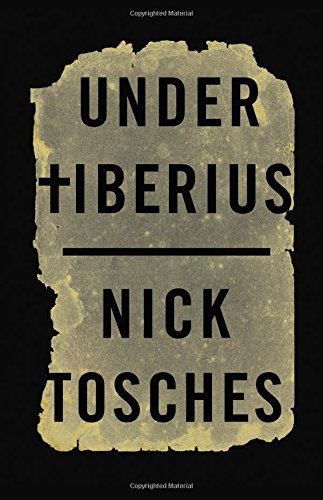 Novelist, poet, and Sonny Liston biographer Tosches blows the doors off the historical novel with an unflinchingly blasphemous, mirthfully vulgar, and ultimately brilliant story of Jesus. In the secret libraries of the Vatican, Nick Tosches (who is also a character in the book) is entrusted with an ancient codex written by Gaius Fulvius Falconius, speechwriter to Tiberius Caesar, documenting how he took a power-hungry, drunken miscreant of the provinces who consorts with prostitutes and manufactured him into a savior. Together, Gaius Fulvius and Jesus of Nazareth embark on a massive swindle that is also a remarkable friendship between thieves, punctuated by ribald misadventures in the brothels of Gabaon, dubious miracles in Galilee, and wonderful philosophical commentary that doubles as a bold critique of power—which is the only god that a skeptic like Gaius Fulvius is disposed to recognize. As the scheming Roman tells us how he orchestrated Jesus’s many speeches and hoodwinked both his gullible flock and the Judean colonial powers, a curious reverence somehow seeps into the satire. Not reverence of God, but a reverence for humans and their capacity to construct the terms of their own nature. A novel in which Jesus Christ is a fraud and a chronic masturbator who dreams of sexual congress with his mother may not be to every taste, but Tosches is taking eloquent aim at the way history, religion, and political fantasy obscure the persistent realities of humanity. This novels succeeds where every neutered passion play–depiction of Jesus fails, simply by showing us a man. (Aug.)
close
Details