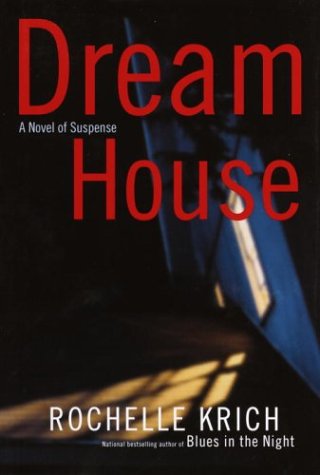 What's a girl to do when an article she writes provides an opportunity for a killer to strike—or so she thinks? Well, if it's Molly Blume, Krich's Orthodox Jewish true-crime reporter and author, making her second smart, exciting appearance (after 2002's ), she'll investigate the crime herself until justice is meted out. When community members in several Los Angeles districts attempt to impose HARP (Historic Architectural Restoration and Preservation) status on their neighborhoods, effectively preventing the rebuilding and renovation of houses that don't comply with historic architectural standards, anger flares and some buildings are vandalized. Molly thinks she has found a pattern in the attacks, and despite pleas from local officials, includes much of her theory and findings in one of her weekly columns. To her chagrin, the next hit results in the death of an elderly man with Alzheimer's whom Molly has befriended in a fire that police classify as arson—and that's the clincher that soon puts her on guard as she, too, becomes a target. With sensitivity, passion and an investigative approach that's on the money, the rebellious and independent Molly displays an uncompromising resolve to unearth the truth. Krich provides just enough clues in just the right places to keep readers on their toes, waiting for the resolution while hoping the mystery won't end quite yet.