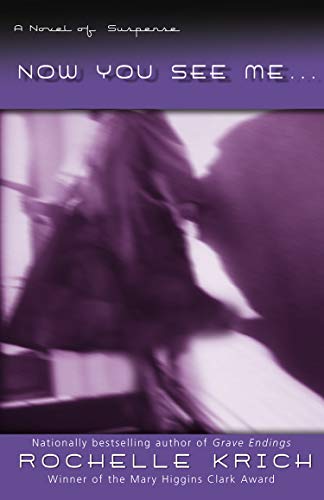 Molly Blume, crime columnist and amateur detective, has lost some of her mental crispness in Krich's lukewarm fourth suspense novel (after 2004's ). Somewhat reluctantly, she agrees to look into the disappearance of the 18-year-old daughter of a rabbi who was once her teacher. The investigation leads her in myriad directions—to dangerous Internet chat rooms, suicidal teenagers, academic cheats—most of which turn out to be red herrings the size of orcas. Meanwhile, Molly fiddles endlessly with her theories, rehashing the same bits and pieces until readers are begging for some action—which comes all in a rush at the end and has little to do with the information Molly uncovered. Krich's usual solid plotting suffers from overwriting and from credibility issues. After the missing teenager turns up midway through the book, Molly has no reason to continue poking around. But Krich hasn't lost what may be her greatest strength: her ability to invite readers into the world of Orthodox Judaism or to allow us to share vicariously in its rituals and the warmth of its community. .