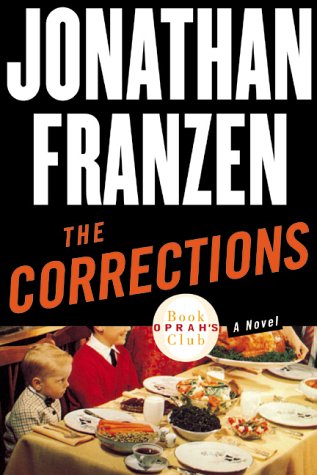 If some authors are masters of suspense, others postmodern verbal acrobats, and still others complex-character pointillists, few excel in all three arenas. In his long-awaited third novel, Franzen does. Unlike his previous works, The 27th City (1988) and Strong Motion (1992), which tackled St. Louis and Boston, respectively, this one skips from city to city (New York; St. Jude; Philadelphia; Vilnius, Lithuania) as it follows the delamination of the Lambert family Alfred, once a rigid disciplinarian, flounders against Parkinson's-induced dementia; Enid, his loyal and embittered wife, lusts for the perfect Midwestern Christmas; Denise, their daughter, launches the hippest restaurant in Philly; and Gary, their oldest son, grapples with depression, while Chip, his brother, attempts to shore his eroding self-confidence by joining forces with a self-mocking, Eastern-Bloc politician. As in his other novels, Franzen blends these personal dramas with expert technical cartwheels and savage commentary on larger social issues, such as the imbecility of laissez-faire parenting and the farcical nature of U.S.-Third World relations. The result is a book made of equal parts fury and humor, one that takes a dry-eyed look at our culture, at our pains and insecurities, while offering hope that, occasionally at least, we can reach some kind of understanding. This is, simply, a masterpiece. Agent, Susan Golomb. (Sept.) Forecast: Franzen has always been a writer's writer and his previous novels have earned critical admiration, but his sales haven't yet reached the level of, say, Don DeLillo at his hottest. Still, if the ancillary rights sales and the buzz at BEA are any indication, The Corrections should be his breakout book. Its varied subject matter will endear it to a genre-crossing section of fans (both David Foster Wallace and Michael Cunningham contributed rave blurbs) and FSG's publicity campaign will guarantee plenty of press. QPB main, BOMC alternate. Foreign rights sold in the U.K., Denmark, Holland, Italy, Norway, Portugal, Sweden and Spain. Nine-city author tour. Copyright 1999 Cahners Business Information.
close
Details