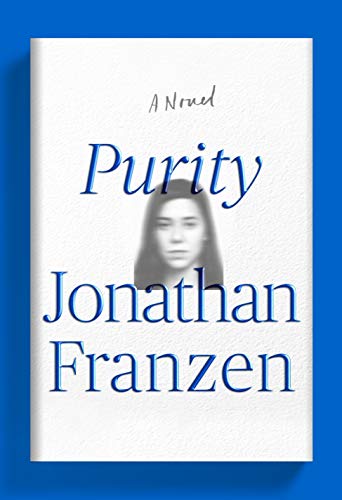 Secrets are power, and power corrupts even the most idealistic in Franzen's (Freedom) exhaustive bildungsroman. Two years out of college, self-conscious, acerbic Purity "Pip" Tyler is saddled with crushing student loans and an overbearing, emotionally disturbed mother who refuses to reveal the identity of Pip's father. Living in Oakland, Calif., Pip meets and confides in beautiful German activist Annagret, who calls on her former boyfriend, Andreas Wolf, to give Pip an internship working with Wolf's cultish Sunlight Project, a WikiLeaks-like operation based in Bolivia. Once there, Pip is both flattered by and suspicious of the attention she receives from the magnetic Wolf; when she returns to America to do his bidding in secret, she becomes increasingly attached to people he may want to hurt. Pip strives to retain her integrity, but the world in which she is coming of age is, in Franzen's view, sick, its people born only to suffer and harm. Mining the connection between Pip and Wolf, Franzen renders half a dozen characters over the course of six decades, via extensive origin stories that plumb their psychological corners. Franzen succeeds more than he fails, but the failures are damning. At first, the mercurial, angry Pip and the arrogant, abrasive Wolf seem drawn to actively challenge the reader's sympathies. Then there are the novel's fathers, who are almost all abusive or absent, and its mothers, who are disturbed, cruel, or dumb. Gradually, it becomes clear that Franzen's greatest strength is his extensive, intricate narrative web%E2%80%94which includes a murder in Berlin, stolen nukes in Amarillo, and a billion-dollar trust. Though the novel lacks resonance, its pieces fit together with stunning craftsmanship. Agent: Susan Golomb, Susan Golomb Agency. (Sept.)
close
Details