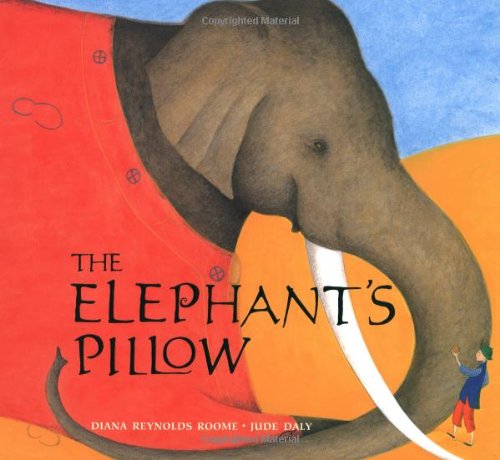 Contemporary in their perspectives, jewel-like in their palette, Daly's ( ) exquisite illustrations nonetheless sing of the ancient East as depicted in Chinese scrolls and Indian miniatures, where tiny figures people panoramic landscapes. Against this backdrop, debut author Roome unfurls a narrative that bears the comfortable tone of an oft-told tale. Sing Lo, a pampered Chinese boy, demands to see "the greatest sight of all," an elephant who once carried the emperor and now lies forgotten in a rural temple, unable to sleep. Stirred out of his selfishness, the boy wonders what the creature needs. First he brings sweet buns, then a drink, then a giant silken pillow. Each task tests Sing Lo's newfound generosity as well as his intelligence; for example, he prepares the drink guided by the cryptic clue "honey above, ginger below, milk between." (In this example, Daly illustrates each item in the style of a Chinese ink signature stamp.) As Sing Lo tries to figure out why the elephant can't sleep, his connection with the animal grows, providing a subtle message for children about the rewards of altruism. Young readers will also enjoy the role reversals as it falls to the boy protagonist to put the imposing elder to bed. Ages 4-8.