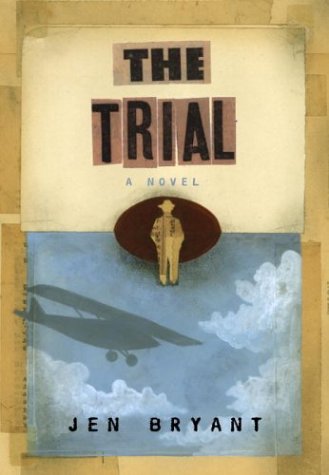 In a series of often hard-hitting free-verse poems, Bryant's first novel describes the 1935 trial of Bruno Richard Hauptmann, alleged kidnapper of the baby of Charles and Anne Morrow Lindbergh. Many of the plot conventions feel a bit convenient, e.g., the 12-year-old aspiring writer and narrator, Katie Leigh Flynn, attends the trial as the secretary of her journalist uncle, who has injured his wrist. However, the spare observations of each poem delve deeply into the Depression-era mentality and effectively demonstrate how Katie Leigh and the town are transformed by the media frenzy accompanying the trial of the so-called crime of the century. For example, Katie Leigh saves postcards and dreams of leaving her boring hometown of Flemington, N.J., but when she sees what the trial brings, she muses, "I can't decide which I like better:/ the old, sleepy town/ or the new loud and crowded one." Bryant effectively outlines the horror of the crime, a baby snatched from his crib with both parents at home, and less subtly inveighs against the injustices of the trial, in which Hauptmann's alcoholic defense attorney presents witnesses that muddy his case amid a town that exploits every opportunity, even selling gruesome souvenirs. All in all, however, Bryant crafts a memorable heroine and unfolds a thought-provoking tale. Ages 8-12.