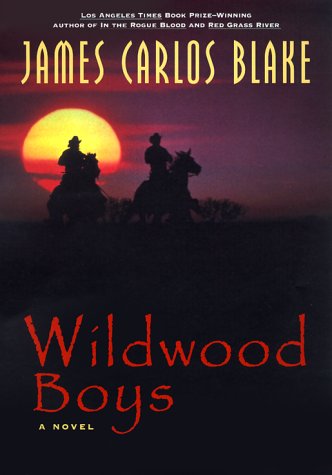 Once again Blake (Red Grass River) takes on a notorious historical figure and attempts to humanize a man whose reputation is synonymous with murder. William T. ""Bloody Bill"" Anderson emerged along the Kansas-Missouri border in the early years of the Civil War. A horse thief turned ""bushwacker""--the nom de guerre of irregular Southern forces in the region--Anderson is driven from Kansas and persecuted by Union militia and ""jayhawkers""--Union irregulars--until he forms a company and joins forces loosely led by the infamous Charles Quantrill, who, along with Anderson, George Todd and Arch Campbell, terrorized the Sni-a-Bar region of southern Missouri for nearly four years. Blake's depiction of Anderson is kinder than in other recently published novels (Desmond Barry's The Chivalry of Crime; Kevin McColley's The Other Side), which characterize him as one of the most feral and conscienceless men ever to ride across history. Here, Anderson is a Shakespeare-loving, poetry-spouting gentleman, sensitive to nature, kind to women and children. Only in the heat of battle does he exhibit sociopathic expertise in heinous and horrifying ways. The accidental death of his sister, Josephine, with whom Anderson is incestuously obsessed, spurs him to even more brutal acts of malice in the name of Southern glory. Blake's highly readable style is tempered by some gratuitously fustian vocabulary and literary insertions, catalogues of historical detail and somewhat overdone eloquence; thankfully, he eschews the more graphic depictions of violence that he has indulged in elsewhere. With slow, repetitive passages and historical license liberally taken, this epic is not as taut as In the Rogue Blood, but it is still a gritty, gripping adventure. (Aug.)
close
Details