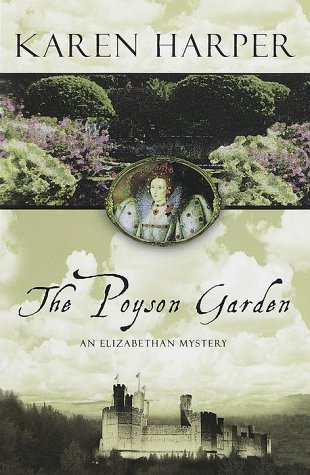 Elizabeth Tudor, daughter of Henry VIII and Anne Boleyn, bides her time as her half-sister, Queen Mary I, burns heretics and sickens in the year 1558. Elizabeth's time may be short, however: a murderer, possibly backed by Mary, is poisoning anyone related to the Boleyn family. Elizabeth's cousin, Henry Cary, survives a poisoned arrow attack, but his mother, Mary Boleyn, dies of poison shortly after meeting Elizabeth in secret at a secluded country estate. Closely guarded at Hatfield by Thomas Pope and his wife, Beatrice, Elizabeth nonetheless determines to uncover the mysterious veiled woman behind the poisonings, a task that requires her to dress as a lad and leads to her mother's childhood home at Hever Castle as well as to a moated castle in Leeds. Mary Tudor's England is realistically re-created in this series launch, and Elizabeth's servants prove a lively band. In Elizabeth, Harper has created an inspired if historically unlikely heroine, a young woman with natural curiosity about the mother she barely knew and with the grit to solve the mystery rather than fall victim to it. Suspending disbelief, readers will shiver as Elizabeth walks the corridor toward her mother's girlhood chamber at Hever, sensing a lost connection. The novel's finale, as Elizabeth meets her nemesis, is spoiled only by its lack of credibility--a small stain on an otherwise well-sewn tale. (Feb.)
close
Details