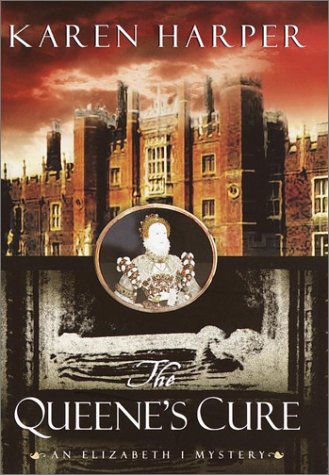 THE QUEENE'S CURE: An Elizabeth I Mystery

The early years of Elizabeth I's reign were a bloody, tumultuous time in British history, but Harper's fourth mystery to feature the virgin queen as sleuth (after 2001's ) is, by comparison, rather anemic, being set in the world of 16th-century medicine. Two physicians and an untried monarch quarreling over the best way to treat disease is not the stuff of compelling conflict. A more serious danger to the young queen eventually surfaces, rooted in the endless squabbles over the right to the crown. Unfortunately, the author loads up the story with so many characters (25 in the first chapter alone) that the palace intrigue is more irritating than intriguing. The queen herself, as Harper presents her, is not a particularly sympathetic character. If this is a true portrait, mayhap she came by it naturally: her father was, after all, Henry VIII, and her mother the ill-fated Anne Boleyn. As the danger increases, Elizabeth calls together a motley crew of trusted advisers, a group she has dubbed the Privy Plot Council, and leads them in a spirited investigation of the threat to her life. Strip away the historical name dropping, the unrequited loves and the royal histrionics, and you'll find a neatly plotted mystery, with genuinely terrifying scenes at the climax. Alas, the novel sinks under the weight of all those personages and the burden of keeping them straight. The murky view of Hampton Court above a tomb effigy on the jacket nicely conveys the book's atmosphere.