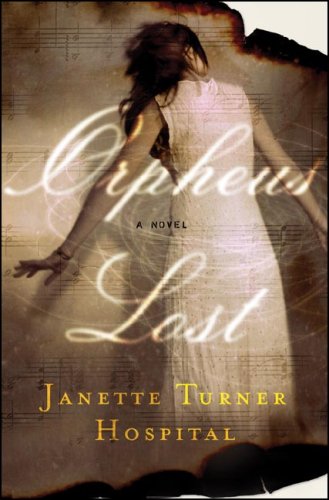 Bewitched by the haunting violin she hears in the subway under Harvard Square, MIT mathematician Leela-May Magnolia Moore falls in love at first listen with mysterious musician Mishka Bartok. This ambitious but flawed romantic thriller is a post-9/11 reworking of the Orpheus myth by one of Australia's most acclaimed novelists. The nightmare begins with a series of terrorist bombings, overlapping with disappearances by Mishka. Leela starts tailing her lover, only to be snatched off the street and interrogated by members of a shadowy private security force. Their leader: none other than Cobb Slaughter, the former Special Forces op who has loved/loathed her since their blighted childhoods in the South Carolina hamlet of Promised Land. Is Cobb simply tormenting Leela for his own sadistic pleasure, or could the Australian-born Mishka really be a terrorist? Hospital ( ) sends the anguished Leela across three continents searching for answers, but extended flashbacks and florid prose slow the pace. Despite the novel's timely, provocative premise, it unfortunately isn't only Orpheus who goes astray.