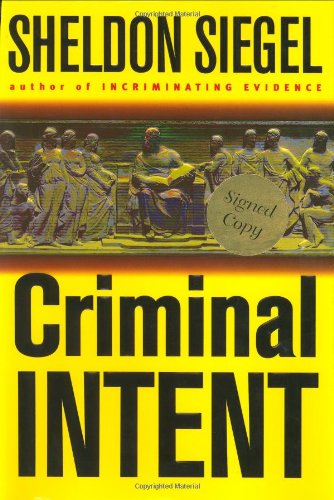 The charm and originality that marked and , Siegel's first two legal thrillers about former priest and ex-public defender Mike Daley, are wearing a bit thin in this third outing. Mike's firm has moved from a shabby office over a martial arts studio in San Francisco's Mission District to a spot around the corner that used to house a tarot reader. He practices criminal law with his ex-wife, Rosie Fernandez, and another former girlfriend is also a partner in the struggling firm. Mike is having a secret affair with a sitting California Superior Court judge; Rosie is undergoing treatment for breast cancer; their 10-year-old daughter, Grace (and everyone else except Rosie and Mike), thinks they should get back together. But the real fireworks are provided by various members of Rosie's extended family, which seems to be even vaster than Sharon McCone's giant clan in Marcia Muller's books. Rosie's niece, Angel, a top model married to a fading film director, is accused of beating her husband to death with his Oscar statuette, while Angel's father, Tony, a respected produce merchant, gets involved in a kickback scheme to build a movie studio in the China Basin area. Siegel is still adept at detailing the workings of criminal law from the inside and his sense of nostalgia for the rapidly vanishing working-class enclaves of San Francisco is palpable. But this installment meanders a bit and relies too heavily on the familiar personality quirks of its protagonists.