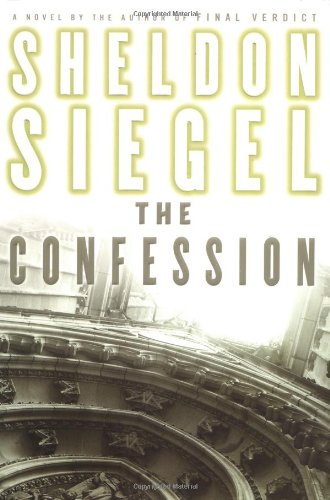 Lawyer and ex-priest Mike Daley is back again in Siegel's fifth legal thriller ( , etc.), this time going to bat for Father Ramon Aguirre, his longtime friend and beloved local priest in San Francisco's Mission District. Aguirre is accused of murdering his parishioner Maria Concepcion, a fiercely competitive lawyer who became something of a celebrity after instigating and successfully settling several abuse cases against the Roman Catholic Church. Her latest suit alleging sexual impropriety by a prominent priest has come to an abrupt halt with her death, and the prosecutor is claiming that Ramon, whose fingerprints are found on the murder weapon and her naked body, is guilty. Daley believes in Ramon's innocence and agrees to help him pro bono despite the archdiocese's suspicious insistence that they be his sole representation in the case. Incriminating evidence against Ramon continues to appear, including the possibility that the priest has fathered Maria's unborn child. As Daley moves from the drug and prostitution-ridden underbelly of San Francisco, where auto parts and offers of legal aid are exchanged for cooperation, to the tension-filled courtroom and the hushed offices of the church, it gradually becomes apparent that Ramon isn't the only character with a lot at stake in this intelligent, timely thriller.