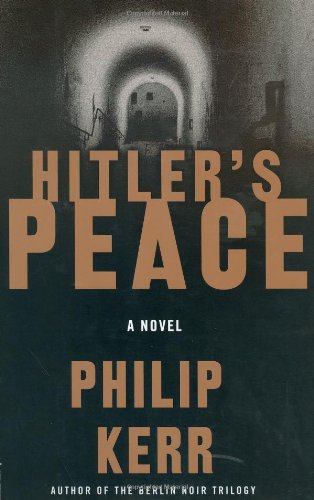 Fans of Kerr's Berlin Noir trilogy will prize this briskly paced WWII-era spy thriller, which boasts plot twists that will keep readers' heads spinning even after they've put it down. For Willard Mayer, a 35-year-old Harvard-educated empirical philosopher, the roots of pro-Communist realpolitiking run deep. A former Princeton professor who was also a member of the Abwehr, Germany's military intelligence service, and an informer for Russia's notorious Internal Affairs Commissariat, the NKVD, Mayer during the war works as an intelligence analyst for the Office of Strategic Services in Washington—which remains unaware of his past. En route to Tehran, at Roosevelt's insistence, for the Big Three conference in November 1943 aboard the USS , Mayer believes he's uncovered a plot to assassinate Joseph Stalin. Meanwhile, Hitler and Himmler, eager to avoid engaging the U.S. in a second European front, are trying to figure out how to get around Roosevelt's demand for an unconditional surrender. The ethically compromised Mayer finds himself in the thick of the negotiations even as larger plots are afoot, including one by an SS general to bomb Roosevelt, Stalin and Churchill in Tehran. Kerr is as interested in backdoor diplomatic efforts as he is in espionage and assassination, and this highly entertaining spy fiction also explores the moral quandaries of war and realpolitik.