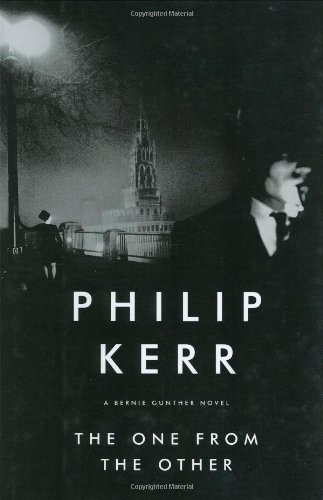 The One from the Other: A Bernie Gunther Novel

Set in 1949, Kerr's excellent fourth novel to feature Bernhard Gunther (after 1991's ) finds the erstwhile PI managing a failing hotel about a mile from the site of the Dachau concentration camp. After the death of his wife, Kirsten, in a mental hospital, he calls it quits and opens a private detective agency. A series of missing-Nazi cases sets Bernie on a course that becomes increasingly complicated until he's beaten to a near pulp, had his little finger chopped off and is sent to a mysterious private estate to recover. There he's drawn into a nightmare involving the American occupation and the CIA, and soon his life hangs in the balance. Kerr's stylish noir writing makes every page a joy to read ("The little mouth tightened into a smile that was all lips and no teeth, like a newly stitched scar"). Perfectly plotted, the book builds to a satisfying conclusion.