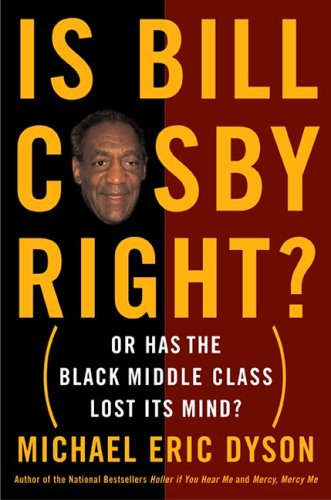 IS BILL COSBY RIGHT? OR HAS THE BLACK MIDDLE CLASS LOST ITS MIND?

Last May, iconic comedian Cosby raised a storm with a dyspeptic rant about the self-destructive failures of the black underclass: "knuckleheads" without parents who "put their clothes on backward," speak bad English and go to jail. To pop culture intellectual Dyson—author of books on Marvin Gaye, Tupac Shakur and Martin Luther King Jr.—this was the most blatant manifestation of an attitude shared by the "Afristocracy." With empathy and energy, Dyson takes Cosby at his word and dissects his arguments—as well as the comedian's own conduct—in order to combat Afristocratic dogma. While Dyson is merciless in assessing both, he takes the opportunity to explore a host of hot-button issues in black culture, from illegitimacy to faux African names, citing data and making his own case for black culture as adapted to a dominant white society that systematically puts up barriers to opportunity. The prolific Dyson has already generated controversy with what finally amounts to an evisceration of a major black figure, but that seems to be precisely the point. Despite the specificity and ferocity of Dyson's critique (which draws on allegations that Cosby sexually abused a woman and fathered an illegitimate child, and understates the race politics of ), Cosby ends up more of a straw man than take-down victim, as Dyson celebrates the "persistent freedom of black folk."