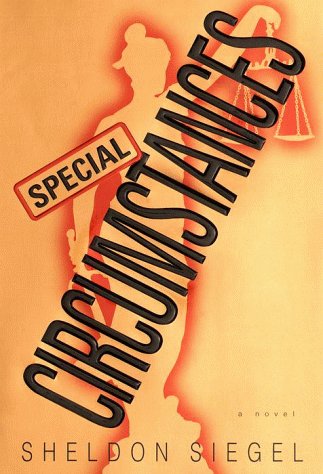 San Francisco attorney Siegel's debut pits a likable lead against a giant law firm run by villains and fools; the result is a well-made courtroom page-turner, skillful and taut right up through the surprise ending. Siegel's hero and narrator is the competent, low-key Mike Daley, former priest and onetime public defender, now a 45-year-old partner at San Francisco's glossy Simpson and Gates. Daley hasn't brought enough business to the criminal department, and the senior partners have asked that he resign. Also leaving the firm is Prentice Marshall ""Skipper"" Gates III, son of the firm's founding partner: Skipper has just been elected district attorney. ""My partners are thrilled,"" says Daley of Skipper's departure. ""They have never complained about his arrogance, sloppy work and condescending attitude.... What they can live without is his $400,000 draw..."" On New Year's Eve at Simpson and Gates, Daley is packing up his office, Skipper is enjoying a glitzy farewell party and other lawyers are working to close a lucrative property deal. But when the deal falls apart, two of those lawyers--a slimy master litigator and an ambitious young female partner--are found shot to death. At first it seems to be a murder-suicide brought on by greed, sex and depression. Then one of Daley's few friends at the firm, the son of a prominent rabbi, is charged with the murders. Daley and Skipper clash in a high-profile court case with echoes of several recent real-life media circuses. If the trial itself takes up too many pages, Siegel redeems himself elsewhere by focusing on the flawed, often-desperate Daley: Siegel humanizes his hero by depicting Daley's charged, still-sexual relationship with his ex-wife, a tough lawyer who retains custody of their six-year-old daughter. With a winning protagonist and a gripping plot, Siegel's debut is sure to make partner at its first-choice firm: the expanding empire of Turow, Grisham, Lescroart, Wilhelm, Margolin and Baldacci. (Feb.)
close
Details