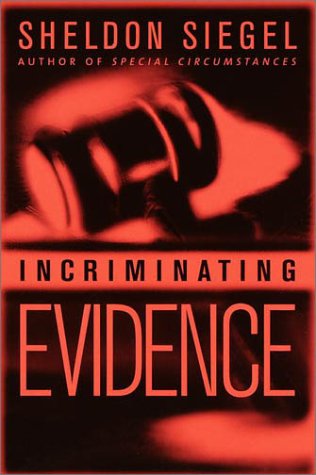 "I look around the table: my ex-wife, my ex-girlfriend and me. We aren't a law firm—we're a support group. Somebody will probably name a 12-step program after us." That's Mike Daley—ex-priest, ex-public defender, ex-partner in one of San Francisco's fanciest law firms—describing his new team of criminal defense specialists, housed in a former martial arts studio in the Mission District. It also sums up the considerable charm and strength of Siegel's second Daley vehicle, following on the heels of the well-received . Daley is an original and very appealing character in the overcrowded legal arena—a gentle soul who can fight hard when he has to, and a moral man who is repelled by the greed of many of his colleagues. His latest adventure starts with a bang: Prentice "Skipper" Marshall Gates III, San Francisco's district attorney and the man responsible for getting Daley fired from his law firm, is discovered at the Fairmont Hotel next to the naked dead body of a young male prostitute. He asks Mike to defend him on murder charges, then proceeds to lie to him and withhold vital information so often that a defense lawyer with a more macho self-image would quit in anger and disgust. But Daley believes Skipper is innocent—and his struggling little firm needs the money. The central parts of the book, the investigations and the trial itself, are sluggish in spots and inflated with pregnant pauses, but in the end Siegel is so good at making readers believe in Mike Daley's decency that they'll be willing to forgive any narrative lapses. Special Circumstances