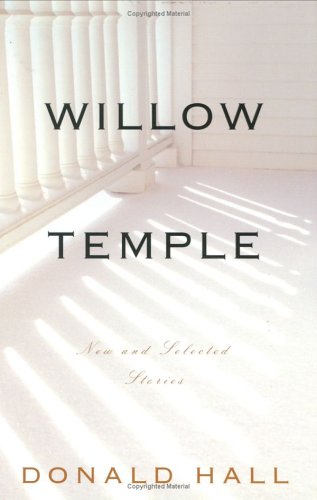 Celebrated poet and essayist Hall maintains the restrained, elegant style that established him as a master of his craft in the 1987 collection , adding seven new stories to the five entries from the earlier collection. The title story sets the tone as a woman narrates her childhood memories of witnessing her mother's infidelity with a farm worker on their Ohio farm, an incident that led to her divorce from the girl's father, a distant classics teacher. "The First Woman" offers an equally painful take on the aftermath of love when a chronic womanizer reencounters his first conquest, who exposes the emptiness of his life after he inadvertently insults her during their reunion. New England figures prominently as a setting in several stories: "New England Primer" is a multilayered account of a man's generational ties to his family and upbringing, while "Widowers' Woods" is an evocative account of a man's memories of his time with his late wife, recalled as he walks through the woods near their former home. The only recurring character is David Bardo, who turns up in more than one entry—most notably in "Roast Suckling Pig," as he embarks on a long-term, problematic affair with a duplicitous woman named Alma Trust. Hall can be a bit distant in his narrative approach, but his ability to maintain continuity while weaving together complex story lines remains superb, and his judicious use of irony is always effective. The consistently elegiac tone fixes the collection on a single emotional note, but this is a first-rate work by an author whose control over the tools of his genre is impeccable.