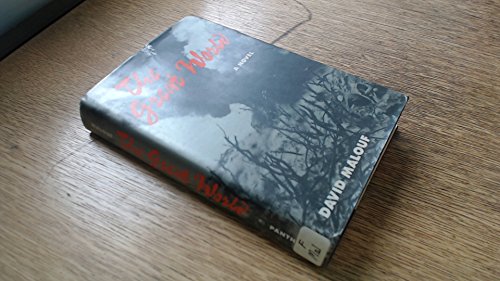 Malouf's is a name not widely known here, although he is regarded as a major writer in his native Australia and has a growing reputation in Britain. The Great World is a smashing performance, a novel of intense perception and formidable power. It follows two men who first come to know each other when, after the collapse of Singapore, they are war prisoners of the Japanese, working like coolies to build a railroad in remote Thailand. Digger Kean is a quiet, thoughtful man with a phenomenal memory, content with his quiet existence at a tiny rural river crossing named for his family. Vic Curran is impulsive, instinctive, aggressive, a man who rose from a desperately poor childhood to become a wheeler-dealer in the Sydney money markets. Their relationship is an uneasy one, but central to both lives. Malouf traces those lives and their interrelationship from the Depression, through the apocalyptic horror of the war and then to the expansive peace years that follow and make Curran wealthy. The author moves smoothly back and forth in time, creating in the process vivid characters observed with keen understanding: Ma and Pa Warrender, who adopt orphaned Vic and become his surrogate family; Iris, the sister-in-law of a buddy killed by the Japanese, whom Digger first knows through her letters and later comes to cherish in a lifetime of weekly visits; Digger's mother, who in an unforgettable scene walks away from her uncomplaining, patient life into madness. For someone who writes so acutely of men in war--and some of the wartime passages are as eloquent and truly horrific as any ever penned--Malouf has an astonishing, almost Lawrentian grasp of the subtle currents of feeling between the sexes. His prose is never less than quietly sure, and when he rises to a major scene--as when Vic heals Digger's disease-ravaged legs in a Thai river, or Digger has a vision of the sweet sanctity of everyday civilian life--he rises to poetic heights. The Great World is that rarity, a novel of genuinely epic scope. (Mar.)
close
Details