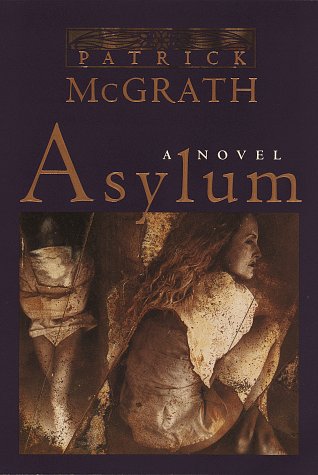 McGrath (Dr. Haggard's Disease) has a mind that revels in the toxic side of things. In this tale of headlong descent into darkness and despair, the toxicity comes from obsessional love. Stella Raphael is the lovely but dissatisfied wife of Max, a resident psychiatrist at an asylum for the criminally insane in the countryside near London. She becomes infatuated with Edgar Stark, a sculptor who murdered and mutilated his wife in a delusionary fit, and the two contrive a passionate affair when Edgar is assigned to work in the Raphaels' garden on the asylum grounds. Stealing Max's clothes, Edgar escapes to London and goes underground, where Stella eventually follows him. When he begins to manifest the same furious jealousies that led to his wife's murder, she flees home again, only to find she has ruined her husband's career. The Raphaels, with their young son, Charlie, are exiled to a remote hospital in rural Wales, where further disaster strikes as Stella drifts into her own desperate delusions. The story is told by another psychiatrist at the asylum, ostensibly through interviews with Stella. Although the doctor's own interpolations are sometimes a relief in the supercharged atmosphere, this seems an unnecessary device, and the intended frisson of his participation in the somber conclusion doesn't come off. In every other respect, however, the book is hypnotizing, with its own strange but darkly convincing pace and style; and the way in which nature and climate are woven into the fabric of the bizarre couple's strange love is masterly. 75,000 first printing; paperback rights to Vintage; rights sold in the U.K. and six European nations; author tour. (Feb.)
close
Details