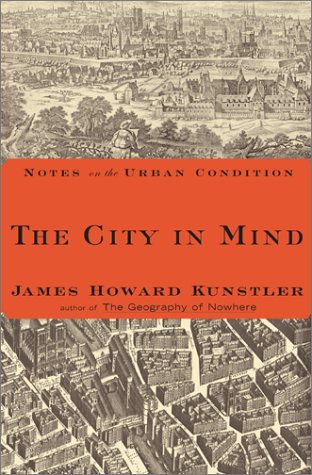 THE CITY IN MIND: Notes on the Urban Condition

Author and urban gadfly Kunstler (; ) has graduated from the nowheresville of previous titles to a punchy new study of eight cities in as many chapters: Paris, Atlanta, Mexico City, Berlin, Las Vegas, Rome, Boston, and London. Outspoken and straining for an aphoristic style, Kunstler lacks the overt humanistic impulses of urban studies writers like Jane Jacobs or Lewis Mumford. Instead, he favors snappy observations such as "If Las Vegas truly is our city of the future, then we might as well all cut our throats tomorrow." Kunstler tosses off insults to icons like the distinguished architect I.M. Pei: "Few architects have done as much wholesome damage to any city as the partners I.M. Pei and Harry Cobb did in Boston." He also dips into the unconsciously funny during a stroll through London's Hampstead Heath—in which he turns out to be possibly the only urban scholar unaware of its gay cruising grounds, or what Kunstler calls "this somewhat sordid destination." While there are more serious reflections here, the book's generally ill temper is most likely to please readers who want a Don Ricklesian poke-and-prod version of urban affairs. And one is also left wondering what the "urban condition" might be in more easterly world cities.