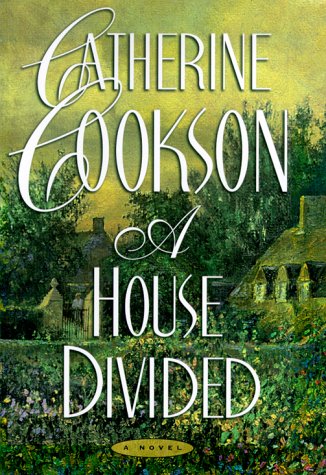 Cookson may have died in 1998, but readers are not yet compelled to bid her a final good-bye. If this posthumous offering, with its repetitive plotting and murky prose, is not up to the writer's usual standards, loyal fans will likely forgive its lapses. Matthew Wallingham is a WWII hero recovering from a war injury that has left him blind. While hospitalized, he falls instantly in love with his nurse, Elizabeth Jane ""Ducky"" Ducksworth. Despite the potential emotional pitfalls, Elizabeth eventually agrees to become Matthew's wife. First, however, she has relationships of her own to settle, while Matthew must make a life for himself at home with his family. The upper-crust Wallinghams are a formidable bunch: Matthew's spirited grandmother; his flustered but loving mother; his father, disabled with multiple sclerosis; and Rodney, his perennially underappreciated and resentful younger brother. Jim and Peter, two loyal servants, are practically part of the family. The Wallinghams are fond of frequent tea-time conversations, during which they lengthily rehash the novel's action. Subjects of discussion include Matthew's new career as a physiotherapist and Rodney's hostility. Meanwhile, Elizabeth breaks off her engagement to coarse Mike McCabe, son of a family friend. Unable to bear this loss, McCabe becomes violent, attempting first to rape Elizabeth and then to kill her. As soon as he is neatly dispatched, Rodney emerges as the new threat to the couple's happiness. Finally, though, fate conspires to provide a happy ending, and all is as it should be in Cookson's domain. (Feb.)
close
Details