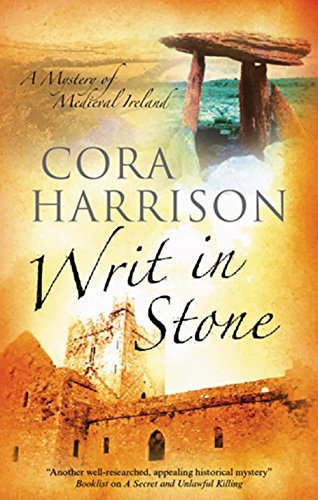 At the outset of Harrison's outstanding fourth 16th-century historical to feature Mara—brehon (a kind of magistrate) of the Burren, a kingdom on the west coast of Ireland (after , Oct. 19)—King Turlough O'Brien decides at the last minute to skip an overnight church vigil before an ancestor's tomb. As a result, an assassin instead bludgeons to death the man who takes his place, the king's cousin Mahon O'Brien. Mara, the king's fiancée, isn't entirely sure that her husband-to-be was the intended victim and focuses her investigation on those who would have benefited from the death of Turlough or his cousin, including Mahon's widows and the king's potential heirs. Harrison provides a textbook example of how to do a historical right by artfully combining an insightful and sympathetic detective with a fair-play puzzle and a plausible depiction of the period.