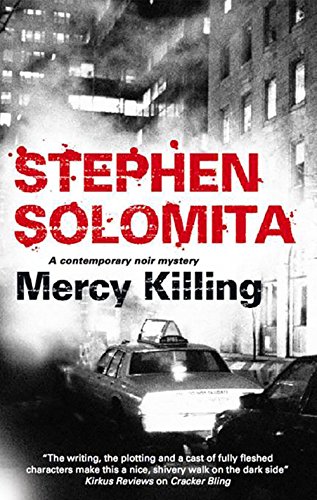 Solomita ( ) deserves credit for dealing with end-of-life issues, but he could've done a better job addressing the serious ethical implications of euthanasia in this mediocre contemporary procedural set in New York City. After many years in a vegetative state, wealthy Joyce Hauptman dies at home in Queens, but the city's death investigator suspects the widower, Charles, may have helped end her suffering. A political appointee at the medical examiner's office, who discounts this suspicion, releases the body before an autopsy can be performed. NYPD Det. Lenny Shaw, who pursues the case even after the corpse is cremated, retrieves bone fragments that contain traces of poison. When Lenny learns that Joyce's father stands to benefit if Charles is convicted of murder, the detective realizes the case isn't so clear-cut. The resolution of the story line may strike some readers as less than satisfactory.