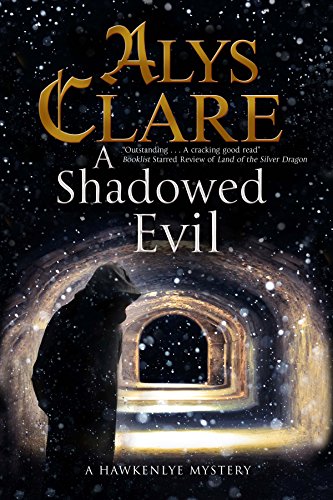 A Shadowed Evil: A Hawkenlye Mystery

Fans of Clare’s Hawkenlye series will enjoy the interactions between Sir Josse d’Acquin and his wife, Lady Helewise, in their solid 16th outing (after 2013’s The Winter King). In February 1212, Josse and Helewise travel to his ancestral home in Sussex, Southfire Hall, to pay their respects to Josse’s elderly uncle, Hugh, who’s dying. The pair find the atmosphere at the hall uneasy. Helewise is discomfited by an encounter with a six-year-old boy, Olivar, who lives in mortal fear of a scaly monster under his bed. To Olivar’s dismay, his unsympathetic mother, Cyrille, punishes him severely for having introduced himself to the visitors. That Hugh’s heir, Herbert, who has married Cyrille, intends to adopt Olivar as his ward causes more tension. The arrival of Peter Southey, a stranger seriously injured in a fall from a horse, further darkens the mood and sets the stage for several killings. After a slow start, the action builds to a clever payoff. [em](Oct.) [/em]
close
Details