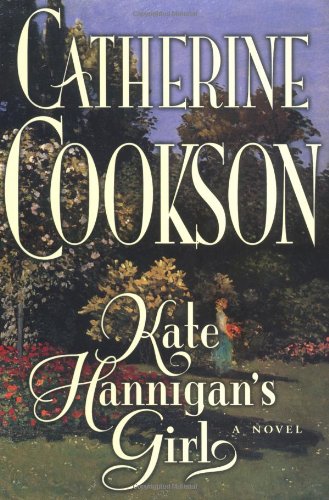 Cookson's 100th book, posthumously published, rounds off her oeuvre, but is more memorable for its landmark status than its content. Set in England's Northumberland countryside in the early 20th century, it takes up the story line from a previous book featuring Kate Hannigan and Kate's illegitimate daughter, Annie. Though Kate is now married to the wealthy and kind Dr. Rodney Prince, neither Kate nor Annie has forgotten their humble origins. Teenage Annie, in particular, is stung by accusations that her mother wasn't married when Annie was born. Then Terence Macbane, a slightly older local boy, returns home from Oxford. Ashamed of his own wrong-side-of-the-tracks upbringing, he finds himself strongly attracted to Annie despite her dubious past. But interference in the form of racy and determined Cathleen, Annie's perpetual rival, threatens to tear them apart. Will Annie be able to find the strength to overcome Cathleen? As a heroine, Annie's a bit too tearily immature, her musings more pathetic than sympathetic. Much more fun is bad-girl Cathleen, whose role as spoiler adds some spice to the treacle. Musings on Catholicism as solace embellish the tale, and lashings of melodrama heighten the suspense, although it tends to be of the ""all's well that ends well"" variety. Cookson wrote better, and more satisfying, novels. It would be a shame if she were remembered for such piffle. Agent, Sheila Land Associates. (Feb. 13)
close
Details