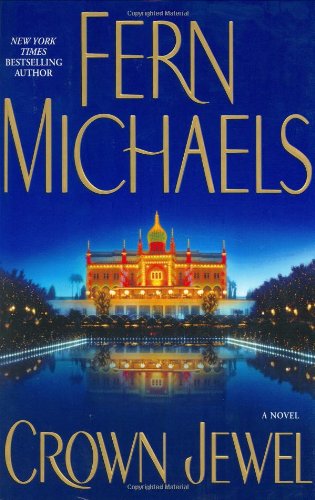 Perennial bestseller Michaels ( ; ; etc.) returns with another paint-by-numbers story of love and redemption, this one set in Hollywood and Antigua. "Hollywood's Platinum Boy," Ricky Lam, has kicked the drugs and booze, thanks in no small part to his stern brother and business manager, Philip, aka Philly. But when Philly is killed in a freak accident on set, Ricky discovers that his brother was the actor in the family: nobody truly knew Philly at all. That's unfortunate, as the deceased Philly is the best-developed (and most interesting) character in this one-dimensional cast. Ricky quits Hollywood to take over the family resort in Antigua, the Crown Jewel, and while spiffing it up for the first season's guests, he begins trying to uncover Philly's secret lives. He also tracks down his now-grown sons, whom he's never met, falls in love with Philly's widow, Roxy, and takes in a young reporter-cum-bartender, the hyper Gracie. Michaels presents reams of dull, clichéd dialogue while zipping past moments of drama and emotion in stilted sum-ups ("Was he [serious]? Hell, yes, he was. He liked her. No, he loved her. He really did. He said so").The story plods dutifully along, accompanied by saccharine preachings about the wonder of family and a dash of unromantic sex ("You know our asses are going to be full of splinters, don't you? It might be exciting to pick them out of each other later"). The settings promise glitter and glitz, but lack the charms of the Vegas or Kentucky series; only the most devoted of Michaels's considerable following will be able to slog through this ponderous tale.