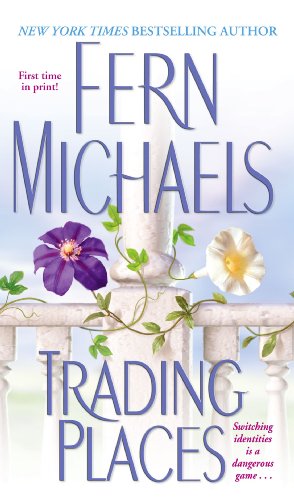 Though the plot may bring to mind that familiar comic classic, , the twins in this talky tale are motivated by justice, not love. Unfortunately, the scheme that Michaels's (, etc.) bumbling protagonists cook up is so absurd and slapdash that readers will be hard-pressed to suspend their disbelief. When Atlanta Detective Aggie Jade and her clever canine, Gus, wind up in the hospital after a drug bust gone awry, she deduces that she was set up. She knows three cops within her department are involved in a drug ring, but how many others are on the take? Instead of turning to Internal Affairs, Aggie calls in her twin, Lizzie, a wealthy professional gambler who allegedly has an "agile brain," and proposes that Lizzie pose as her while she recovers in Pittsburgh. Lizzie agrees to ferret out the bad guys with the help of hunky reporter Nathan Hawk, but things get out of hand quickly when her life is threatened. The bulk of the book is told through colorless dialogue rather than action, which renders the plot and characters flat. In addition, the story rushes to its climax only to give way to a long-winded conclusion. That said, it's hard not to share in the protagonists' jubilation when the bad guys are finally brought down.