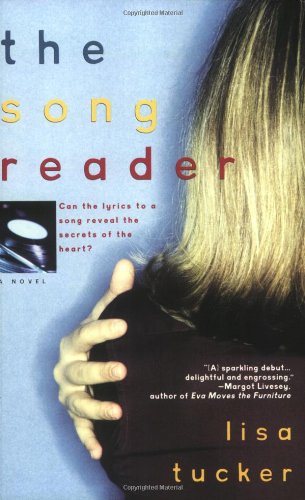 Tucker's assured debut novel is an achingly tender narrative about grief, love, madness and crippling family secrets. Preteen Leeann Norris introduces readers to her world: recently orphaned when her mother was killed in a car accident, she lives with her older sister, Mary Beth, who supports them by waiting tables and performing "song readings" for locals in their small Missouri town. Rather than reading palms to tell people's future, Mary Beth analyzes the songs stuck in their heads, explaining what the song fragments reveal about her clients' psyches. The plot device is fascinating, but what cleaves the reader to the page is the relationship between the two sisters—one determined to track down their long-missing father, the other equally resistant to looking at the past. When Mary Beth's song reading uncovers a local scandal, the community turns against her, and her resolve to help those around her crumbles. Leeann must become the stronger sister, and her quest to find their father finally succeeds, though not in the way she'd hoped. Tucker's dexterous portraits of the fragile family dynamics expose quirky and compelling characters. Her expertly sprung revelations will surprise readers. This intoxicating debut may remind them of Shirley Jackson's and Pat Conroy's , but it's not lost in their shadows.