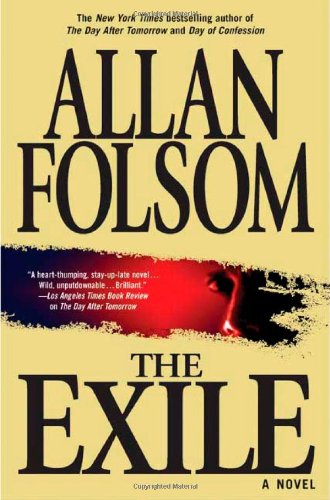 Folsom ( begins his epic-sized new thriller smashingly, as cops from an elite LAPD squad stake out a train to arrest a killer and find themselves up against the mysterious Raymond, who leads them a murderous dance through the streets of the city, massacres several of them and is then apparently killed himself in a climactic shootout. For its first 200 pages, this is high-octane thriller writing with an almost visceral impact. But already there are dark hints of plot troubles to come. Young up-and-coming cop John Barron, Raymond's nemesis, is found to have a beautiful sister mentally paralyzed by the shock of their parents' long-ago murder, and Raymond begins to receive mysterious phone calls from a sinister baroness talking about his destiny. These kitschy elements dominate the story as it moves over to Europe, Barron builds himself a new life in England with a sexy aristocrat, sister Rebecca emerges from her cocoon as a Princess Di–like figure and the murderous Raymond, now with a new identity, has a key role involving a major upheaval in world politics. Folsom still brings off some entertaining scenes, but the plot becomes so lumbering and improbable (wait till you find out who Rebecca's suave Latin lover is) that even a final burst of action at the Hermitage Museum in St. Petersburg cannot bring back the excitement that launched the book. As for the utterly unprepared-for ending, it breaks at least a dozen popular fiction rules at once.