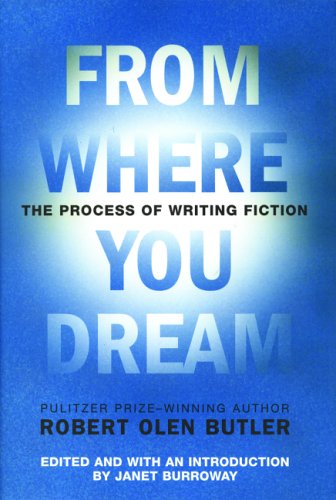 FROM WHERE YOU DREAM: The Process of Writing Fiction

Pulitzer-winning novelist Butler ( , etc.) teaches a creative writing class at known as "boot camp" because of the intense creative demands he places on students. This series of lectures (edited by Burroway, a graduate of the class) deftly conveys the intensity of the class as Butler exhorts students to get out of their heads and into the world of the senses ("Artists are not intellectuals. We are sensualists...."), which he posits as the seat of the emotions. Butler's emphasis on sense memories recalls Method acting, and like Stanislavsky, Butler most highly values work with deep emotional connections and rich "organic coherence" at every level. Identify your character's yearning, he says: plot "represents the dynamics of desire." Butler has little to offer anyone hoping to write the sort of commercial fiction he regards as "non-literature." But in illuminating his approach to fiction, Butler can be equally hard on his own work, and discusses various issues by analyzing its faults—for instance, that good dialogue isn't expository, it has subtext. To illustrate his positive points, he draws on works ranging from Margaret Atwood's to the Old Testament. The book also features works by students and thoughtful class discussions of them, and closes with Butler's story "Open Arms," discussed in earlier sections. Butler shares his insights into—and passion for—the creation and experience of fiction with total openness, and seriously aspiring writers should receive this text/manifesto in the same light.