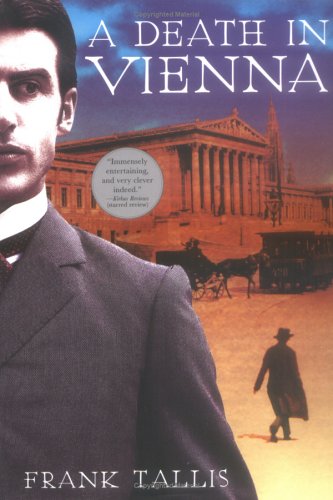 A Death in Vienna

British author Tallis ( ) sets his intelligent murder mystery in the stormy, atmospheric Austrian capital at the turn of the 20th century. Psychoanalyst Max Lieberman, a contemporary of Freud's, takes time out of his busy schedule treating hysterics to help his friend Det. Oskar Rheinhardt solve the perplexing case of a beautiful medium found dead in a locked room on the day of her weekly séance. She's left a suicide note and died of a gunshot to the heart, but there's no weapon or bullet in her body. Rheinhardt is certain she's been murdered, and as he interviews each of her clients, he uncovers a number of potential suspects with motive enough for murder—but without the know-how to accomplish this impossible deed. Midway through the investigation, one of the medium's clients is bludgeoned to death in his sleep—also inside a locked room. Despite Rheinhardt's superior sleuthing and Lieberman's keen observational and analytical abilities, the murderer and the key to his modus operandi elude them until help comes from an unlikely source. Tallis convincingly animates Lieberman and Rheinhardt in a picturesque Vienna roiling with cultural and intellectual change.