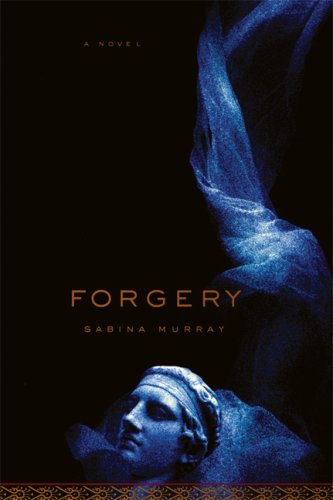 Murray's latest, following the PEN/Faulkner Award–winning (2002) and (2005), opens in the summer of 1963, as art and antiquities dealer Rupert Brigg travels to Athens to scout out ancient artifacts on behalf of his millionaire uncle, William. Rupert, who narrates icily in sharp contrast to his garrulous personality, connects with Steve Kelly, a canny journalist with deep contacts. The scene shifts to the island of Aspros, where Rupert encounters a coterie of expatriates that includes the sculptor Jack Weldon, who, despite art world recognition, spends most of his time faking up Achilles and Diomedes, and Rupert's romantic interest, the withering, erratic Olivia. Just as Rupert is deciding whether or not he has come up with the archeological find of the century—a spurious second century A.D. torso dredged up in a zucchini field—the offstage murder of a prominent character is phoned in by Steve Kelly. One by one, Rupert's own secrets (a stifled childhood, a spectacularly failed marriage) are slowly revealed, showcasing Murray's narrative cunning, and setting the narrative's pulse racing. Rupert's true identity is the book's parallel mystery, and Murray has one believing that discretion may be the soul of fraudulence until the ambiguous dénouement, which leaves readers to re-evaluate the pieces of plot for authenticity.