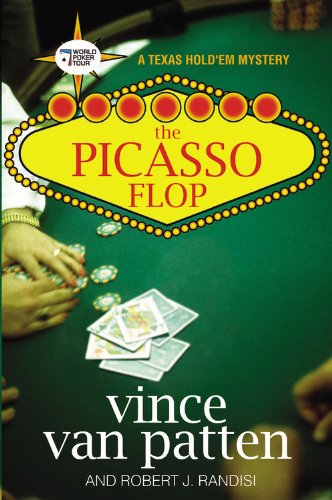 Van Patten, a host of TV's , has teamed with veteran mystery writer Randisi to create what may be the first novel billed as a "Texas Hold'em Mystery" with so-so results. The action takes place during a major poker tournament at the Bellagio in Las Vegas, and Jimmy Spain—recently released from prison—is there both to play and to coach 22-year-old Kat Landrigan, the talented daughter of a man Spain did time with (part of a pointlessly complex backstory). But the tournament is interrupted by two murders, and, for reasons that strain credulity, Spain is asked to look into the matter. The title refers to the three playing cards discovered with each body: a jack, a queen and a king, which, when dealt together, are sometimes described as a "Picasso flop" in hold'em. Spain is an engaging, likable character, and some of the poker scenes are done with flair and knowledge, but the loose plot doesn't do justice to the fine concept.