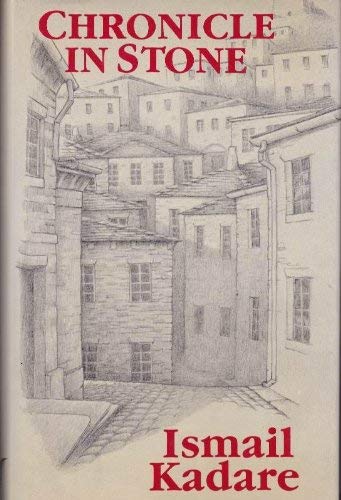 Albania, that remote, unknown land, has found its voice in the novels of Kadare. In this one, the first of a forthcoming series, he takes as his subject the shattering impact of World War II as that cataclysm is lived by a small, immensely sensitive boy. After centuries of bondage to the Turks of the Ottoman Empire, Albania falls to the invading Italian fascists, then the Greeks, the Italians again, then the Nazi hordes. Amid floods, British bombing, the action of partisans, the boy undergoes another kind of turbulence, that of growing up, the inner and outer experience ringing strange harmonies. He responds to the beauty of unattainable women, to witchcraft, literature, and later, when he is evacuated from his ""stone city'' to peasant and village life. Now his existence will be ``marvelous, terrifying and extraordinary.'' Instead, it is primitive, barbaric, a world where the severed arm of a British airman becomes a talisman and ``deflowered'' girls disappear, possibly murdered by their fathers. Kadare commands a tumultuous, whirling scene as he brings his homeland into the literary mainstream. (September)
close
Details