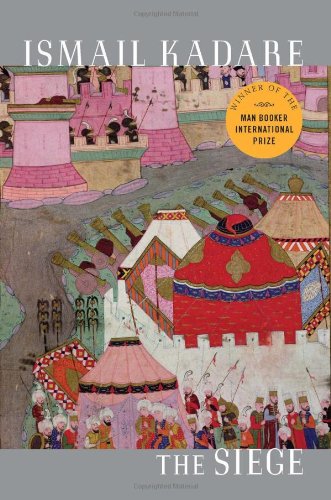 First published in Albania in 1970 and translated into French in the '90s, Kadare's ( ) beast of a novel traces a 15th-century Ottoman siege of a Christian citadel in Albania. Ugurlu Tursun Pasha is commander-in-chief of a vast number of Turkish infantry troops, cavalry, swordsmen and janissaries. From his pink pavilion on the plain, the pasha must vanquish the Albanians, who refuse to surrender. Readers meet several on the pasha's side during the bloody battles, including the rather hapless Mevla Çelebi, chronicler to the Ottomans, and the enlightened quartermaster general. Although there are few Albanian characters, Kadare, a Man Booker International Prize–winner and Nobel contender, crafts a story whose details add up to a glimpse into the soul of his own country. Kadare's metaphors leave no doubt that the novel is also an insightful commentary on life in late 1960s Albania, when the book was written.