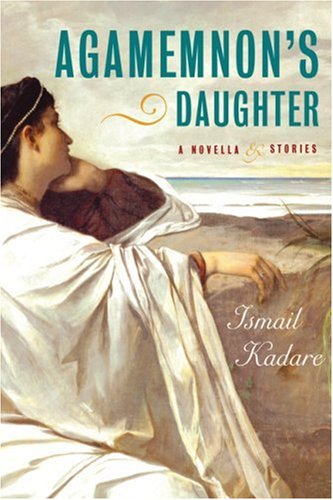 Kadare won the Man Booker International Prize last year for his searing documentation, in numerous works, of Albanian history and politics, particularly life under Communism ( etc.). This miscellany contains the title novella, finished in 1985 and published here in English for the first time, and two stories. The novella, a companion to Kadare's , follows one day in the life of a young, unnamed journalist about to attend a celebratory May Day parade (under Communism, a highly charged political function). His "half-girl, half-woman" lover, Suzana, whose father's political star is one the rise, has just left the journalist in a sort of political sacrifice (the journalist is "practically engaged to someone else" and it looks bad). Through a wry and compelling set of ruminations on the grandstand, the journalist finds that a government that would deny young love denies humanity, and seeks the isolation of every citizen—which in turn pits neighbor against neighbor in a fever of paranoid denunciation. That simple but powerful insight also lies behind the two shorter, more allegorical works in the collection, "The Blinding Order" and "The Great Wall," which were completed in 1984 and 1993 respectively.