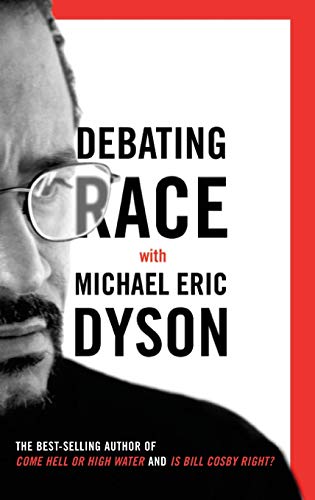 Having already risen from poverty to become an ordained minister, a tenured professor at Princeton and the University of Pennsylvania, and the author of more than a dozen books (most recently and ), Dyson here cements his place as one of the most important voices on race in America today. Collecting 27 transcribed conversations involving an impressive list of thinkersâ€”including scholars (Gary Orfield, Cornel West), politicians (John McCain, John Kerry) and pop political commentators (Stephen Colbert, Bill Maher)â€”Dyson and company tackle practically every angle in America's experience of race, including the legacy of the civil rights movement, immigration reform, affirmative action, urban poverty and the war on terror. Throughout, Dyson proves as comfortable and incisive considering the scholarship of Foucault and Weber as he is examining the work of Tupac Shakur and N.W.A. Though his interlocutors run the gamut from sympathetic fellow travelers (Jesse Jackson, Tavis Smiley) to ideological adversaries (Dennis Miller, Ann Coulter), Dyson upholds a commitment to open, empathetic and intelligent dialogue, a rare treat in today's hyperpartisan, invective-heavy media. No matter what one's personal take, the quality and clarity of Dyson's ideasâ€”and his dedication to the full and free expression of all viewpointsâ€”makes this perhaps the best introduction to the current state of race in American society