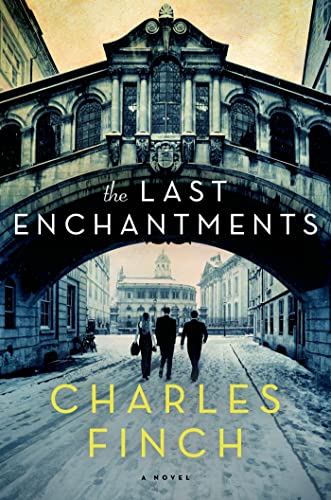 Finch has written eight well-received mysteries set in Victorian England (An Old Betrayal), but this contemporary novel is a departure from that established success. In 2005, 25-year-old American Will Baker, formerly a staffer on the failed John Kerry campaign, decides to salve his wounded ego by spending a year studying English literature, specializing in the works of George Orwell, at Fleet College, Oxford. Will, however, really has no idea what he wants to do with his life or why he’s at Oxford, “a miserly and mean-spirited little place.” He and his graduate school pals, men and women alike, do very little studying, dedicating their time instead to casual sex and heavy drinking (Red Bull and vodka are popular). Despite his political savvy, Will proves emotionally immature, falling in and out of love quickly and then stewing in self-pity. His loves—Alison, Jess, and Sophie—come across as charming young women who deserve better. The strength of Finch’s novel is its vivid portrayal of Oxford University in all its history, along with the school’s ancient and quirky traditions, and colorful student body and faculty. Sadly, readers may find this deft scene-setting wasted on a protagonist as vacuous and aimless as Will. Agent: Jennifer Joel and Kari Stuart, ICM (Feb.)
close
Details