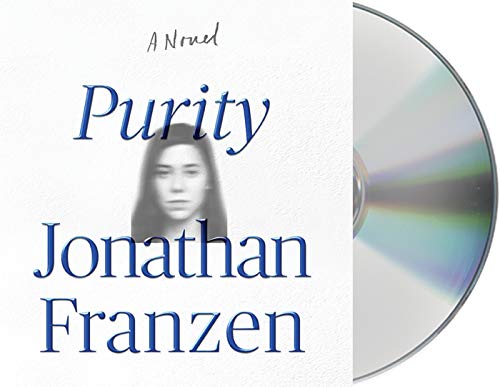 In his latest, Franzen spins an intricate narrative web, which includes a murder in Berlin, stolen nukes in Amarillo, a WikiLeaks-like operation based in Bolivia, and a billion-dollar trust. Franzen renders half a dozen characters over the course of six decades, via extensive origin stories that plumb their psychological corners. The audio edition demands a great deal from its three readers, all of whom rise to the occasion in navigating Franzen’s weighty prose amid such a complex plot. Stage, screen, and audio veteran Baker, who narrated the abridged audio edition of Franzen’s The Corrections, packs a powerful punch in the middle section of the narrative, giving voice to adventurous, erudite journalist Tom Aberant and his colorful family life. Lamia shines as young Pip Tyler, a down-on-her luck recent college graduate who stumbles upon an international intrigue in her quest to solve the mysteries of her childhood. Petkoff, who comes on the scene in the later sections of the recording, does a masterly job of recalibrating characters and events from earlier in the story. A Farrar, Straus and Giroux hardcover. (Sept.)
close
Details