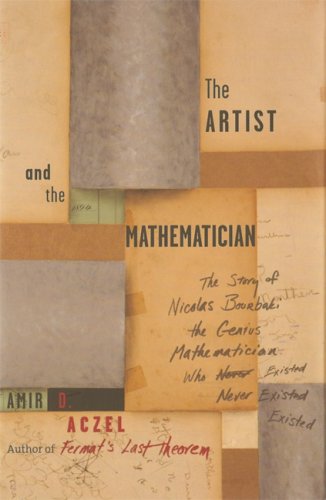 Lay readers interested in mathematical history will learn a lot they didn't know from Aczel's latest book, which focuses on a group of French mathematicians who in the 1930s decided to publish their collective work under an imaginary name. But readers may also get the feeling that this able math and science popularizer is running out of suitable topics. It's not that the contributions of the Bourbaki school weren't important—their rigorous approach to proofs and emphasis on set theory provided the basis for what became known as the New Math—it's just that this curious story isn't as inherently dramatic as, say, that of Andrew Wiles's solving Fermat's Last Theorem. Aczel surveys with his usual panache the careers of some major members of the group, like the eccentric Alexandre Grothendieck, who in 1991 became a hermit in the Pyrenees, but Aczel is less convincing when he draws simplistic parallels between advances in mathematics and modern art. While always readable, this diffuse narrative (including chapters on Bourbaki's influence on anthropology and linguistics) strains to pull its disparate parts into a satisfactory whole.