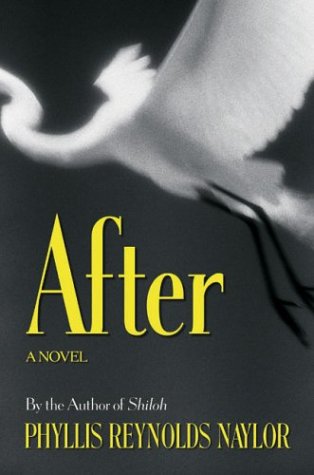 Naylor's novel about 56-year-old Harry Gill's first year as a widower deals in the minutiae of daily life, focusing on the common but incontrovertibly human emotions surrounding death, marriage and family ties. Harry runs a garden shop in a Washington, D.C., suburb. When his wife dies of ovarian cancer, he grieves, but his grief is tempered with bouts of anger, exasperation and longing for other women. This longing is reciprocated. Neighbors, friends and even colleagues hurl themselves at Harry, who, although likable enough, seems to attract them simply because of his new status as an unattached man. Naylor, author of more than 80 books for young people and winner of the 1992 Newbery Medal for , skips between an account of Harry's budding relationship with Iris, a 30-something boarder he takes in, and the dramas enveloping his children (one has marital problems; another struggles with a gambling addiction; a third lives with a partner he won't commit to, who's pregnant with their child). Naylor's concentration on the mundane makes for pretty dull reading, exacerbated by trite reflection ("He sat on the edge of his bed one Sunday morning, pulling on his socks and contemplating his golden years"). She spices things up with a little mystery, e.g., some minor vandalism (which turns out to be innocuous) and the discovery of a letter that says one of Harry's children isn't his own (which turns out to be fabricated). Still, readers grappling with the loss of a loved one may find solace in Naylor's unassuming tale.